Sometime in the relatively recent past, I traveled to another part of the country for an on-campus interview. Though it is difficult to be sure, I think that overall, it went very well. All of my interactions with various people--potential colleagues, administrators, administrative staff, etc--were pleasant, and the overall experience was enjoyable. Fun, even.

I was pretty relaxed throughout the day. It didn't really occur to me to be nervous or stressed out. I can imagine only that this helped.

My meetings with the Deany and Provosty types went well. I'm not sure how much influence these people have over the hiring process, but I think I was able to win them over. It had always been my impression that these meetings were supposed to be about the administration trying to sell the candidate on the school, and do not typically involve the administrator trying to "interview" the candidate. However, an anonymous commenter on our recent "what do they ask you on the flyout" thread mentioned that some administrators will want to know why you want to work at this particular school, and that your answer will matter. I owe this commenter a debt of gratitude, because I was asked this question several times throughout the day, and (maybe I'm stupid but) it did not occur to me on my own to generate a good answer to this question.

My impression of the school itself was very positive. It seemed to me that the institution had its head screwed on straight and its priorities in order. I felt like I was on the same wavelength with everyone I met. It seemed like it would be a wonderful place to work.

The talk also went well, I thought. I got good questions that strongly suggested that the audience understood what I was up to, what the "moves" were, and why it was important. I felt good about it.

Dinner was fun, too. And after the whole thing was over, I felt energized, not exhausted.

So, my sense of how it went is that it went well. This is, of course, from my limited perspective. And I have no idea who I am competing with or what my interviewers were really thinking. But they did not seem "poker faced"; they seemed genuinely interested in and impressed with me, because they said so over and over again. And I think I did a good job of presenting myself. As I said a while back, you try to represent yourself in the best possible light, but at a certain point, you just have to say, take it or leave it. But I really liked these people and their school, and I hope they take it.

The bottom line is that I feel really good about my performance, and really lousy about my chances. This has led to a lot of very guarded excitement, followed immediately by guilt, fear, and worry, and also a lot of heavy sighing.

Are we owed transparency?

The comments on the Kalamazoo thread highlight the lack of transparency in the hiring process. I think we can all agree that we would like more transparency. We would like to know what our status is after interviews, and we'd like to know sooner rather than later. There are self-serving reasons why we would like more (and more timely) information. There are undoubtedly self-serving reasons for search committees to keep their cards close to their vests at least some of the time.
The fact that we'd like to know more doesn't mean that search committees owe us this information. Are we just a bunch of spoiled babies who don't like the lengthy, anxiety-inducing job process? Is the philosophy job market somehow that much worse (or different) than other job markets in this regard? For the most part, when you've gotten as far as a first-round interview or campus interview, you will find out whether or not you're still a contender, although you might not find out as soon as you'd like to. (There are exceptions to this rule, as with all rules, natch.) Assuming good will on the part of all parties, there may be legitimate reasons for SCs to withhold this information for a while.
But how much information do search committees really owe us? Do they owe us the truth if we directly ask for information we are not entitled to know?
~zombie
Posted by zombie at 8:40 AM 22 comments:

What's Going On at Kalamazoo College?

Update 2/6/11: Comments here and on the jobs wiki indicate that this was the result of a miscommunication, not dishonesty.

Comments on the Jobs Wiki make it seem that the search committee at Kalamazoo has been telling candidates they were doing one thing while they were actually doing something else. According to various comments, KC did some interviewing at the APA, and also some phone interviews. The search committee contacted candidates on or around January 7 and indicated that they would be meeting two or three weeks from then to decide who to invite to campus. (Around this time, several people from various IPs claim to have independently confirmed, via email, that this was the search committee's plan.) So, they would be meeting around now to make this decision.

But then yesterday, January 27th, the committee emailed candidates to let them know that the campus visits were over, and that they had offered someone the job, and that the offer had been accepted. (Again, several people with various IPs indicate that this email went out.) (It is also worth noting that there is a lot of conflicting information on the wiki about this search, going back to a December 20 report that on-campus interviews had been scheduled. Maybe that wasn't bullshit.)

So that's pretty weird. Somewhere in there the search committee seems to have distributed inaccurate information. Either they told some people that they would be meeting about campus visits in three weeks while simultaneously inviting some other people to visit campus within that same three-week period, or else they invited some people to campus now while telling some other people that the job had been filled. Or else someone is fucking with the wiki in a serious way.

This is totally stolen from Planet Money [whom I *heart*]:

"The JofUR solicits any and all types of manuscript: poetry, prose, visual art, and research articles. You name it, we take it, and reject it. Your manuscript may be formatted however you wish. Frankly, we don't care.

...Often the Editor-in-Chief will reject your work out-of-hand, without even reading it! However, he might read it. Probably he'll skim. ... rejection may languish like your email buried in the Editor-in-Chief's inbox. But it will come, swift or slow, as surely as death. Rejection.

Submissions should be emailed to J.Universal.Rejection@gmail.com. Small files only, please. Why not just send the first couple pages if it is long?"

The benefit to submitting? It sounds like you're going to get a response. I'm having some trouble with that right now...
-- Second Suitor
Posted by Second Suitor at 9:52 AM 4 comments:

My sense is that because so many departments decided not to interview at the APA this year and went with Skype or phone interviews instead, or else proceeded directly to on-campus interviews, the campus visits are taking place earlier than usual this year. Several people I know have already been to campus multiple times. And several departments I know people at seem to be doing their campus visits at least a couple weeks earlier than what seems to me to be usual. I guess it's not crazy to have them in mid- to late January, but I thought they mostly took place during February.

As most of you are well-aware, my taking two minutes to create this post is going to be the deciding factor between whether or not I succeed in all my future philosophical endeavors. I'm fucked.

I hope the two minutes you take to post a comment telling me that I'm history's second greatest monster doesn't ruin your career also. I mean, one of us *has* to get a job.

This is an open thread.

This has been my best year on the job market so far. I'm attracting more attention from better places. I'm extremely happy with the way things are progressing. I'm also a nervous wreck.

The interview that went nowhere was a real bummer. I was very interested in the school and I felt very good about my performance. In previous interviews, I have always completely fucked up at least one question. This interview (from my perspective, anyway) seemed to contain no fuckups and several questions I was able to connect solidly with. I'm not saying I thought it was a home run, but I felt like I did very well and I allowed myself to start believing that I had a good chance of getting invited to campus. When I didn't get it I was super, duper bummed. I subsequently was invited to campus elsewhere, and I tried to channel the negative energy from the rejection into preparing a job talk.

I am extremely, very excited about this campus-visit situation. It's a good school in a nice place. My sense of the people is that they are awesome. I would love to get this job. But that is also a source of constant stress. I think about it all the time--I can't stop myself. And I'm scared to death I'm going to jinx it every time I have a remotely positive thought or one which presupposes that I will get this job, so I have been compulsively knocking on wood. The fact that I don't believe in jinxes notwithstanding, I am at a point where I must knock on wood for every second or third thought. This must be how mental illness begins.

Soon I will report on the actual campus visit. Good luck to all--I hope things are going well.

Quick Question About That Alleged Photo of Hitler and Wittgenstein

There's been a bunch of discussion over at Leiter about whether it is possible, given their respective timelines, for Hitler and Wittgenstein to have appeared in this gradeschool photo together that boils down to "maybe, maybe not." But the thing that stands out to me is that Hitler's adult features are strikingly present in a way that is super-duper creepy, while the "Wittgenstein" looks not even a little bit like Wittgenstein. Nothing. I don't see the resemblance at all. Does anyone see even the slightest resemblance between that kid and the adult Wittgenstein?

I mean, I see why you'd think that the Hitler kid was Hitler. But what was the basis for thinking that the "Wittgenstein" kid was Wittgenstein in the first place? It can't be the compelling resemblance, right?

I think it's just made-up bullshit.

How 'bout a thread for on-campus interview questions, including questions one should ask? Or did I miss one earlier?

Good call. Here it is.

An anonymous reader pointed this out to me:

I didn't know Old Hoss was deep like that. 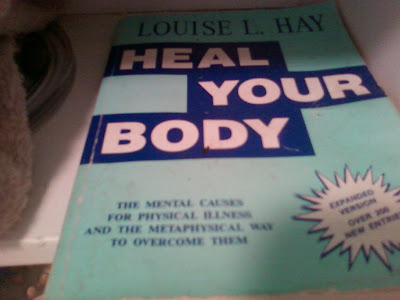 "Learn how parts relate to wholes and you're on your way to healthier parts and holes!"