"[A]s the mind does not exist unless leagued with the soul, therefore it must have been that in [his] case, yielding up all his thoughts and fancies to his supreme purpose; that purpose, by its own sheer inveteracy of will, forced itself against gods and devils into a kind of self-assumed, independent being of its own. Nay, could grimly live and burn, while the common vitality to which it was conjoined, fled horror-stricken from the unbidden and unfathered birth...thy thoughts have created a creature in thee..." 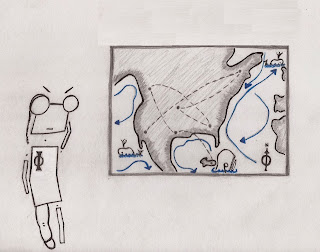 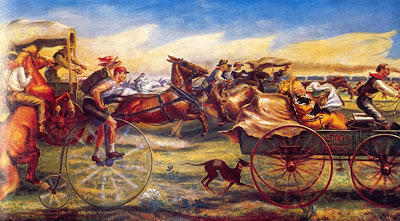 I kind of miss the landrush, when we'd all line up and start running when JFP came out. The irregular trickle of jobs just feels less exciting. And perhaps it is creating a false impression that there are fewer jobs this year, because there's no specific deadline for posting them.

"All that most maddens and torments; all that stirs up the lees of things; all truth with malice in it; all that cracks the sinews and cakes the brain; all the subtle demonisms of life and thought; all evil...were visibly personified, and made practically assailable in [it]...He piled upon [it] the sum of all the general rage and hate felt by his whole race from Adam down; and then, as if his chest had been a mortar, he burst his hot heart's shell upon it." 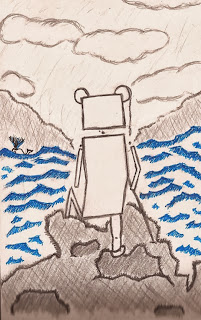 (I've been jabbering about similar things over yonder too; I'll be mostly there from now on.)

Prof. Leiter's comment on the placement data at this post on Philosophy News has generated some heated responses.

I take Prof. Leiter at his word that when he suggested stratifying placement data according to "quality" - "4/4 school with mediocre students" versus "a placement at Princeton" - he was merely pointing out that "individuals have different preferences about different 'kinds' of jobs" rather than saying anything about the relative value or importance or job quality of teaching at a "4/4 school with mediocre students." That is a good point to make. Different people prefer different jobs; information about where departments place students - in mainly teaching positions or at Ivy League schools or nowhere - would be useful for helping people with those preferences make informed decisions.

In any case, I'm glad Prof. Leiter clarified his suggestion because I don't think his comments were put very artfully. And, as such, I don't think that the reactions belie some hyper-sensitivity on the parts of those who were offended because they "want to teach, and welcome the challenge of working with students from non-traditional backgrounds."

The fact of the matter is that many philosophers don't see teaching a 4/4 at an underfunded state school as qualitatively worse than teaching a 2/1 (!!!!) at Princeton. (Though, Prof. Leiter is right that many would prefer the latter over the former [which is a different point than the one about quality]). Those philosophers welcome teaching, see it as an integral part of being a philosopher, and would prefer to do that over research. I'm probably one of them. I like research alright and still actively engage in it, but I prefer teaching.

I think teaching will be my lasting contribution to philosophy. I want to be really good at it and I want to keep doing it. My research won't keep philosophy departments funded or add new members to it. Maybe, if I'm lucky, my research will generate a few citations and a response here or there.

However, the students I convince to be philosophy majors because I taught the hell out of Intro will help keep departments funded and add new members to the discipline. And maybe some of those students might be women or underrepresented minorities or first-generation college students who will bring unique perspectives to old problems or will come up with unique problems using old perspectives. And even if no one becomes a philosophy major because of my classes, I've at least exposed them to ways of thinking that they wouldn't have otherwise been exposed to or never had a chance to think about prior to my class.

That felt like a confession, but it shouldn't have.

"[M]y shouts had gone up with the rest; my oath had been welded with theirs; and stronger I shouted, and more did I hammer and clinch my oath, because of the dread in my soul." 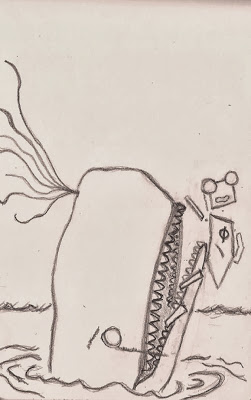 I think I'm going to start fooling with something new, soon.