Citing Your Own Unpublished Work


Short version: Can you cite your own unpublished work?

Longer version: What do you do when you're writing a paper and want to refer to another paper you've written that goes into more detail on a certain point or supporting argument that you don't have time to address at length in the current paper -- but that other paper is unpublished? Are you just screwed?

Short version: yes, you can cite your own unpublished work.

Longer version: even if it looks bad, it won't look bad to anyone, since no one will probably read your paper. Just kidding, kind of. But seriously, I think it's basically ok. At least, it is as long as the thing you cite is eventually published. If I'm reading your 2014 paper in 2014 and I see you do this, I might hold it against you a little, or I might not. Either way, I probably wouldn't think it was a big deal. If your 2014 paper got published, your unpublished paper will probably eventually be published, too. (Of course, I would have more confidence in this inference the farther along you are in your career.)

And if I'm reading your 2014 paper in 2020, and I see that the unpublished paper came out in 2016 (accounting for longish review times and journal backlogs), I wouldn't care at all. I'd figure you'd been working on the two things at the same time, and the one in front of me happened to come out first. No big deal.

However, if I'm reading your 2014 paper in 2024 and I see that the unpublished paper never came out, I might come to have doubts about the substance of that paper. I don't know if those doubts would infect my opinion of the paper in front of me or not. Maybe. Maybe not. Depends on how crucial the point in the unpublished paper is to the 2014 paper, and, like, whether I'm in a good mood, and stuff like that.

One thing I'd be cautious about, though, is that I've had papers change substantially over the course of the refereeing process. It would be a bit of a bummer if published version of the paper you're citing didn't connect with the 2014 paper as well as the unpublished version did.

What say you, Smokers?

I wish to register a complaint... 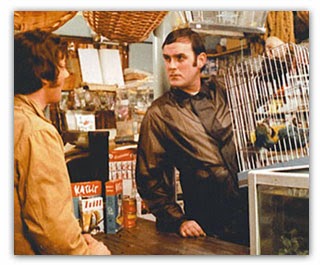 I was thinking about a follow-up to the last thread, on your pet peeves re: journals, journal editing practices, etc. But there's this: SciRev has a database collecting data/reviews of journals. The info on philosophy journals is pretty sparse, but you can populate it with info on turnaround times, number of reviews, etc.

Providing this info can, of course, be useful to your fellow philosophers. So do it. Inconveniently, you have to register to review journals, but you can see the ratings without registering, if you're okay with being a free rider.

You can also complain anonymously here. Or heap praise upon the virtuous, as the case may be.